The Story behind a Story-The story that inspired the book

Andy Berger’s story is about going to his first game with his Cub Scout troop. His story was also the inspiration for the book.  At a game one day, I asked my wife Lynn, daughter Rachel, and friend Cheryl, about their favorite games.  I then went and made a list of my six or so favorites, no stories, just a list, and emailed a request to about thirty friends.  I included Andy,  primarily to bust his chops, knowing that he liked baseball LESS than anyone I knew.  He sent me his story.  Now, to be honest, there is more to his story than what is in the book, but Andy is a private person and I wouldn’t tell all of it, because I don’t imagine he would want me to do so.  BUT, because of what I knew,  his story moved me so much that I immediately knew what I had to do, which was to write this book.  I subsequently received similar stories that are far more emotional than this one, but as I said, I knew more and this was the first, the catalyst for this project.

A couple of years later, Andy came over to my home to watch a game on television.  It was great for me…I had the chance to listen to myself talk baseball for three solid hours; Andy left with a splitting headache, saying he had no idea that the game was so complicated and wanting to know if I could be a scout.  Andy subsequently went to a San Jose Giants Single A game with me, and then graduated to a San Francisco Giants game.  I know it is the last game he went to, and I am quite certain he has never turned on the television to watch one…but he sure gave me a project that changed my life, probably far more than I changed his. 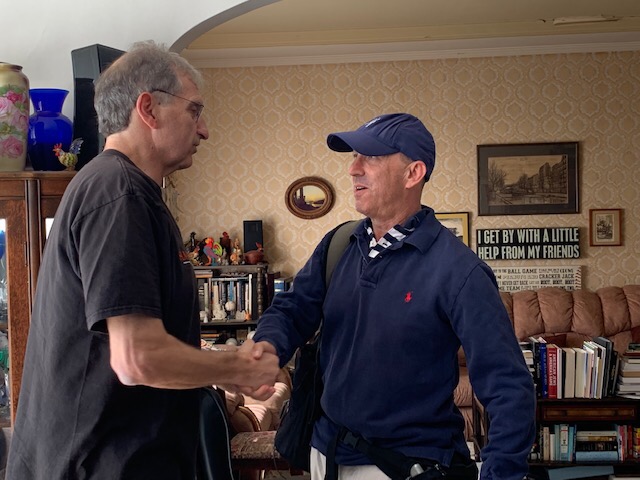