The Story behind a Story- It's a small world after all.

On a driving trip between Minneapolis and Chicago to visit family in both cities, Lynn and I planned to stop in Milwaukee and see a Brewers game at another stadium we had never visited.  We got our tickets on the loge level, the second deck, on the first base side.  During the game, I found myself speaking to a couple of guys sitting behind me, about the game, about baseball, about my book in progress.  I kept in touch with one of them, Dean Zemel, by a series of emails.  Dean sent me several stories, including the incredible one that is in this book in the chapter Let’s Beat the Traffic.

We continued to occasionally correspond, and one day I decided to send him a Facebook friend request. I mean, he liked baseball, he liked music, why not?  He accepted my request, and soon after, he asked me how I knew Harry Rhodes, a mutual connection, when both of them commented on one of my posts.  Now, I of course know Harry, who is the son of Lynn’s cousins Dick and Judy Rhodes.  I asked him how he knew Harry and he replied his son is married to Harry’s niece.  Family!  We are, I don’t know, third cousins-in-law twice removed, or something like that.

On our next visit to Chicago, Lynn and I, and Harry and his wife Helene drove to Kenosha, Wisconsin to join Dean and his wife Debbie for a wonderful, laugh-filled and memorable dinner.  And that is the story behind this story. 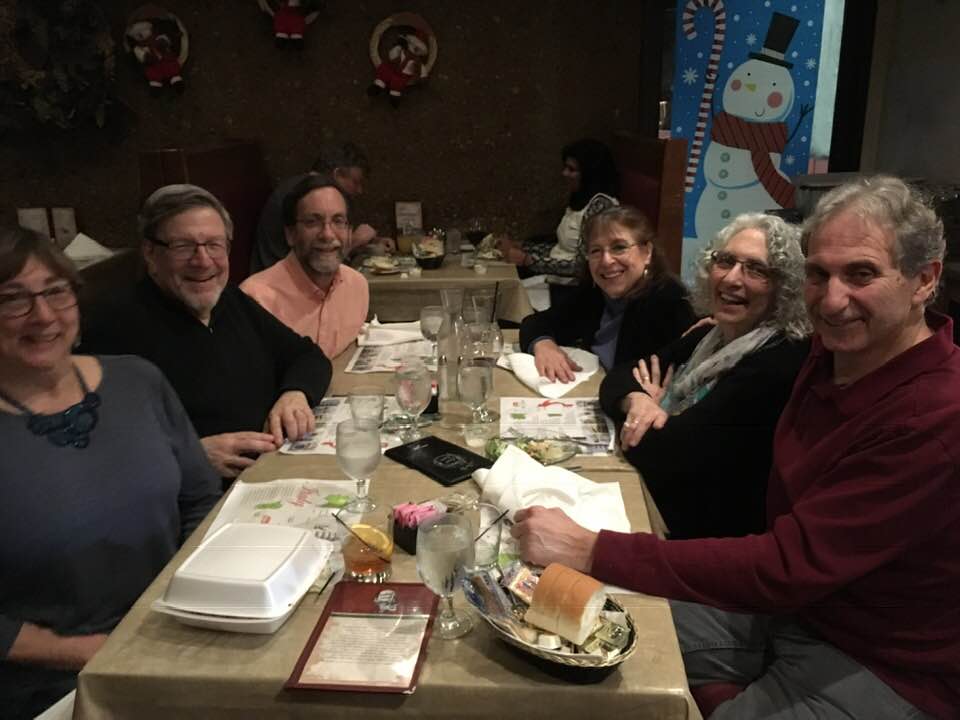