When I started this project, the first people I asked for stories were, of course, my family and personal friends.  My son David was 23, and while young men that age are still like teenage boys, I expected something a little better than: “We went to a game, you told me that Mike Benjamin sucked, but he got four hits.”

I looked at this remarkable piece of writing and said to him: “You have been to hundreds of games.  You’ve seen a World Series game and Tim Lincecum’s debut.  You have been all over Candlestick Park, on the field, in the clubhouse and dugout.  You saw, with my ticket, by the way, the only inside-the-park home run in All-Star Game History (Ichiro), and all you could come up with was what a schmuck your father is?”

Thus began seven years of encouraging, urging, nagging and scolding. Whether it was on my yearly visits to take David to see the Giants lose to the Nationals, or in periodic phone calls during the World Series years, during the Cain no-hitter and after Belt’s 18th inning playoff home run, there was that growing-in-intensity request for a story.

And then he wrote his dad a love letter.  And I couldn’t be prouder. 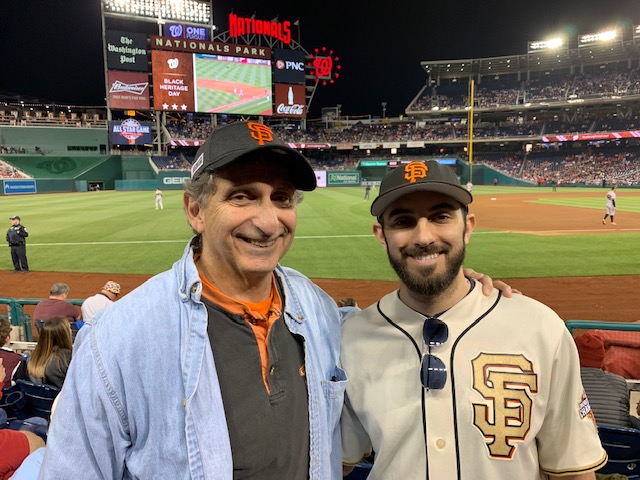