The Story behind a Story- Two Ball Dude Stories Couldn't Be More Different!

One lovely afternoon, late March of 2013, I went to a Giants pre-season game with my wife Lynn, my friend Rosie and her son Jarick. I will call this game an exhibition game rather than pre-season, and you will understand why in a moment.  We were sitting in our usual eighth row seats.

Around the third inning or so, a very attractive young woman, sexily dressed, walked down the aisle to her seat.  I must have made some involuntary noise, as Lynn turned to me and asked if I was ok.  I nodded at the woman, and Lynn just said, oh, ok (she is VERY understanding in this way).  We then went back to our business of watching the game.

A couple of innings later, the woman (I named her Dina, with no idea why), walked down to the front row and started talking to the “Ball Dude”, the guy who catches foul balls and gives them to little kids.  All of a sudden, Dina pulled her very low-cut shirt and bra down, exposing her breast.  I don’t know how the ball dude survived this – he must have been like 106 years old – and I could barely breathe.  Rosie saw this and immediately covered her son’s eyes.    Lynn didn’t observe this but saw me (figuratively) gasping for breath.  Asking me if I was ok, I replied “I just had a life-changing experience, give me a minute.”  Soon I recovered…and watched the rest of the EXHIBITION game.

And now to the reason for this story behind the story.   A couple of weeks later, I went down to speak to the ball dude who was working the game I was now at and briefly relayed this story.  I asked if he had a story he would like to share.  And he quickly said yes.  I gave him my email address and was unsure if I would hear from him.  I did.

Gary Fralick (Frano)’s story just made me cry.  If you have the book, go right now to the chapter Home Runs on p.244   and read it before you read the rest of this piece.  It was beautiful.  The power of doing the right thing, which can be just a simple gesture, and how it affected, by my count, five lives, including his own.  Just a simple gesture.  And all the adulation he got for just doing that simple thing which, to him, was, well, what he thought anyone should/would do.  Just an amazing story.

A year so later, we were at a game and I noticed that the ball dude for that day was FRANO, as indicated on the back of his jersey.  Now, to be honest, and Gary never knew this until he reads the story, I wouldn’t have recognized him by his face.  I mean, I remember everything about our encounter, his story…. but just not his face.  I walked down and called out to Gary; he turned around and yelled out “Eric, how are you doing?  How is the book coming?”and we spoke like old friends.

I later learned that Gary’s son was working the third base line, and that Gary was wearing his dad’s very old-style glove. He and his son Clyde were sitting on the Ball Dude stools that Gary had made.   It made him feel so happy that there were three generations of the family on the field that day.

Gary’s story is, simply, a home run, and it is in that chapter of the book.  We have become friends.  We periodically email and text, he has come to a game with us, and a concert.  It is my honor and pleasure to have become friends with Ball Dude Frano. 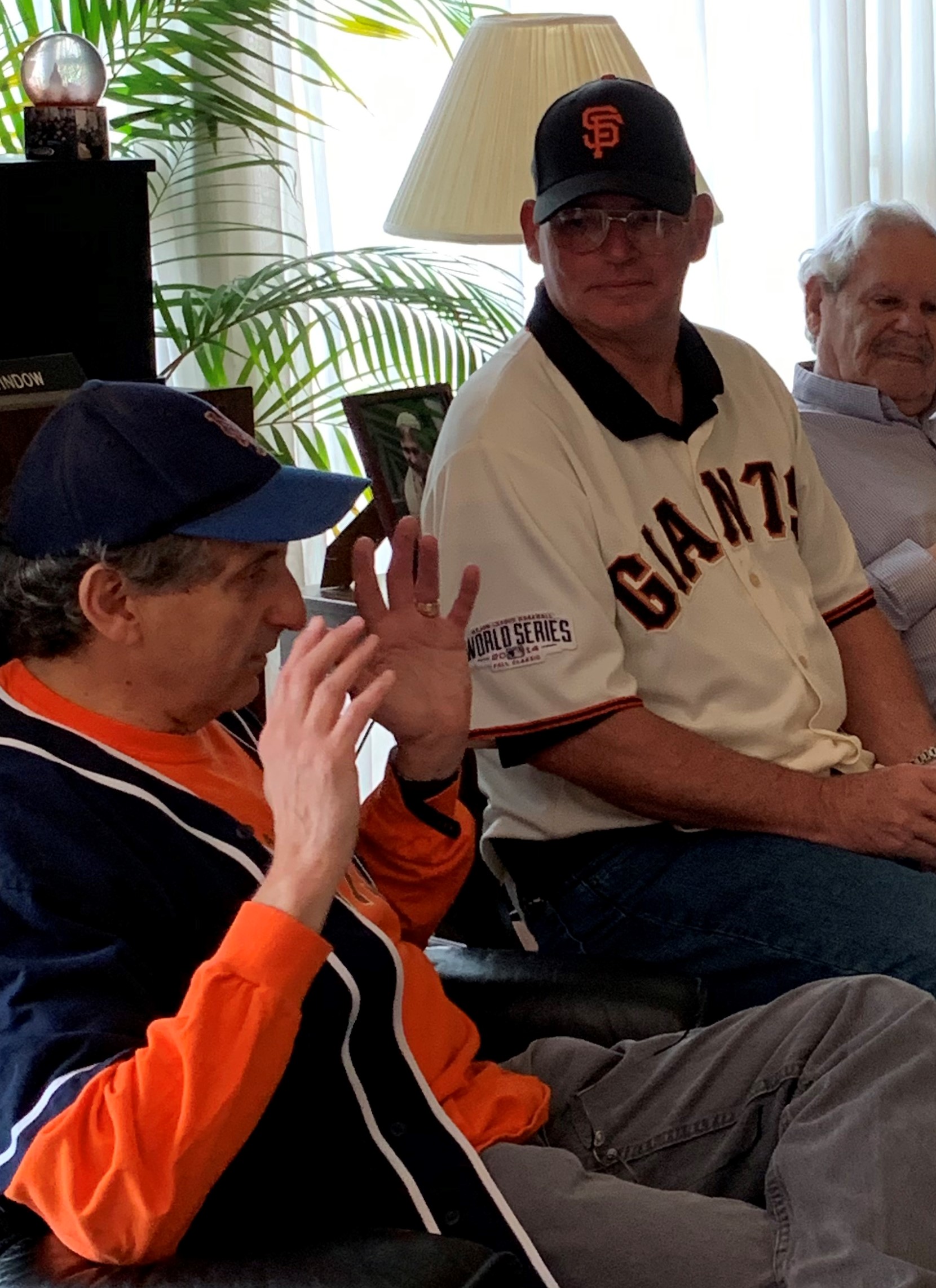